HTC has announced its third Android powered smartphone HTC Hero. HTC hero is also uses Android OS 1.5 which was used in  like HTC  Dream and Magic, but has some better hardware features than previous phones. HTC Hero specification includes a Qualcomm, 528 MHz processor with 512 MB ROM and 288 MB RAM. It is the first Android powered smartphone to include a 5 mega pixel camera and Adobe Flash support. HTC Hero has one of the largest display among  existing Android phones, and that makes it an ideal device for internet and multimedia experience. HTC Hero launch date in  Europe will be around July and will eventually rolled out in Asian countries and Americas. Price is yet to be disclosed, but here you can check out the photos and specification of this smartest entry into Android phone market . 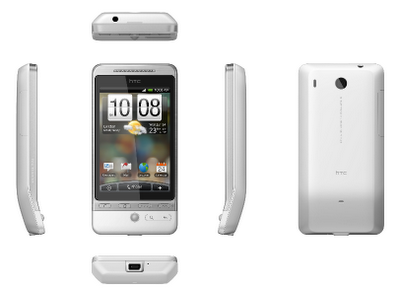 Available in while and black colors, HTC Hero is known as worlds first Android smartphone with customized user interface.  This phone is built for long lasting durability and operation .  Its 3.2 large HVGA display (320*480)has anti-fingerprint screen coating and is one of the first phone to provide Teflon coating on its outer surface for looks and rigidity . As said earlier , HTC Hero includes a 5 mega pixel auto focus camera which is capable of recording videos upto a maximum quality of 30 fps .

These are some features of HTC sense .

Arrange phone widgets or user interface as per the interest of the user. A new profile feature called scenes enable users to create customized phone appearance based on their preference.
HTC sense makes it easy to stay upto date with friends in social media through Twitter, Facebook updates, Flickr and many other services arranged in one place .

HTC and Airtel recently launched HTC magic phone in India . HTC magic is price around 30000 INR . So being a 5 mega pixel phone with large display and multimedia features, HTC Hero will probably touch Indian market with a price rage around 33000 INR (650-730 USD) .