LG announced upcoming mobile device in chocolate series ,LG BL40 Chocolate 4 . LG chocolate phones are renowned for extravagant design and looks . The first chocolate was an award winner for its design .New Chocolate also looks glossy and stylish in appearance and adapts design elements of its predecessors . LG revamped and improved the features of the device to compete with the challenges of current scenario . LG BL40 Chocolate 4 specifications includes 5 mega pixel autofocus camera and exceptionally new 4.0 inch screen with dual screen user interface .The official launch date in India and 55 other countries will we on Q3 of of this year .Price and other details are yet to be announced . 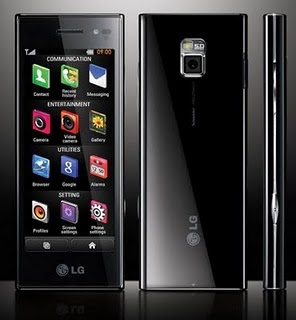 LG BL40 Chocolate is the fourth phone in LG black label series .The high definition 4 inch screen with 21:9  aspect ratio will provide 800 * 345 pixel resolution . There is a dual screen UI in LG BL40 Chocolate that lets you to watch two different content on same screen at same time .This phone will be powered by a full  touch  screen , and there will  be a virtual keypad on screen for inputs .WiFi ,GPS ,Bluetooth and all other normal features are also available .
New Chocolate phone will be available by November of this year in an expected price range of 20-25 K INR in India or 500-600 USD .

Other features of  LG BL40 Chocolate: