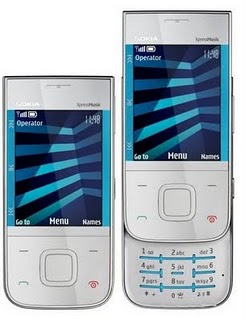 Nokia earlier released many Nseries ,Eseries and Xpress Music phones with S60 V3 user interface . So there will large number of available themes ,softwares and other goodies that support this phone. Xpress Music phone usually gets a dedicated chip for music processing  . Also its capable of playing a couple of extra audio formats than normal Nokia phones . As you can see there are dedicated keys for accessing and managing music collection . Nokia 5330 Xpress is not a camera centric device , but the 3.15 mega pixel camera (no auto focus) is a good deal for this phone .

There is official confirmations regarding the price of Nokia 5330 Xpress Music . But it will be around 10K INR in India (around 250USD) ,on comparing specifications and cost of Nokia 5530 Xpress music.