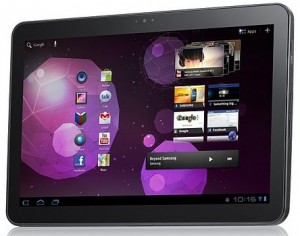 The price of the Galaxy Tab 10.1 won’t be that small, especially when you compare it with the original Galaxy tab and the Xoom.  Bestbuy recently leaked $1200 as the price of the Xoom tablet which almost has same specifications of Galaxy Tab 10.1. So don’t surprise if Samsung takes the  price levels to above $1000 at least for the first 2-3 months.