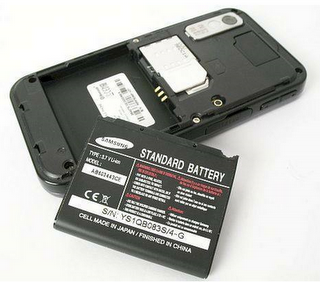 Here is the features of Samsung touch 3G .

1000mAh battery in Samsung Star is better than that in LG Cookie and it reportedly provide 13 hour talk time and 600 hours standby time on full charge .